Your Partner
In Space

We Create the
Future

This Page is For Historical Reference Only

Launch vehicle SMA-1, shown below, is being retired. It will be replaced by the SMA-2, a simpler, more reliable, and more economical launch vehicle.

The design of the SMA-1 used RP-1 as a fuel and 95-98% hydrogen peroxide as the oxidizer. This combination was chosen to avoid the use of cryogenics in order to simplify the design. These components were also chosen to allow the rocket to remain fueled on the launch pad in case of a launch delay.

One of the problems with this fuel/oxidizer combination is the low Isp and thus, and a low mass fraction. The final decision to abandon the project, however, was due to two major factors.

1) H2O2 is no longer made anywhere in the world above 30% concentration. A considerable capital investment in a refinery would have been necessary to obtain the higher concentration necessary for rocket use.

2) Through our research, we were able to develop a solid fuel with an Isp of well over 300. Excepting the Micro version, all launch vehicles in the SMA-2 family achieve a mass fraction of 4.2-4.8. 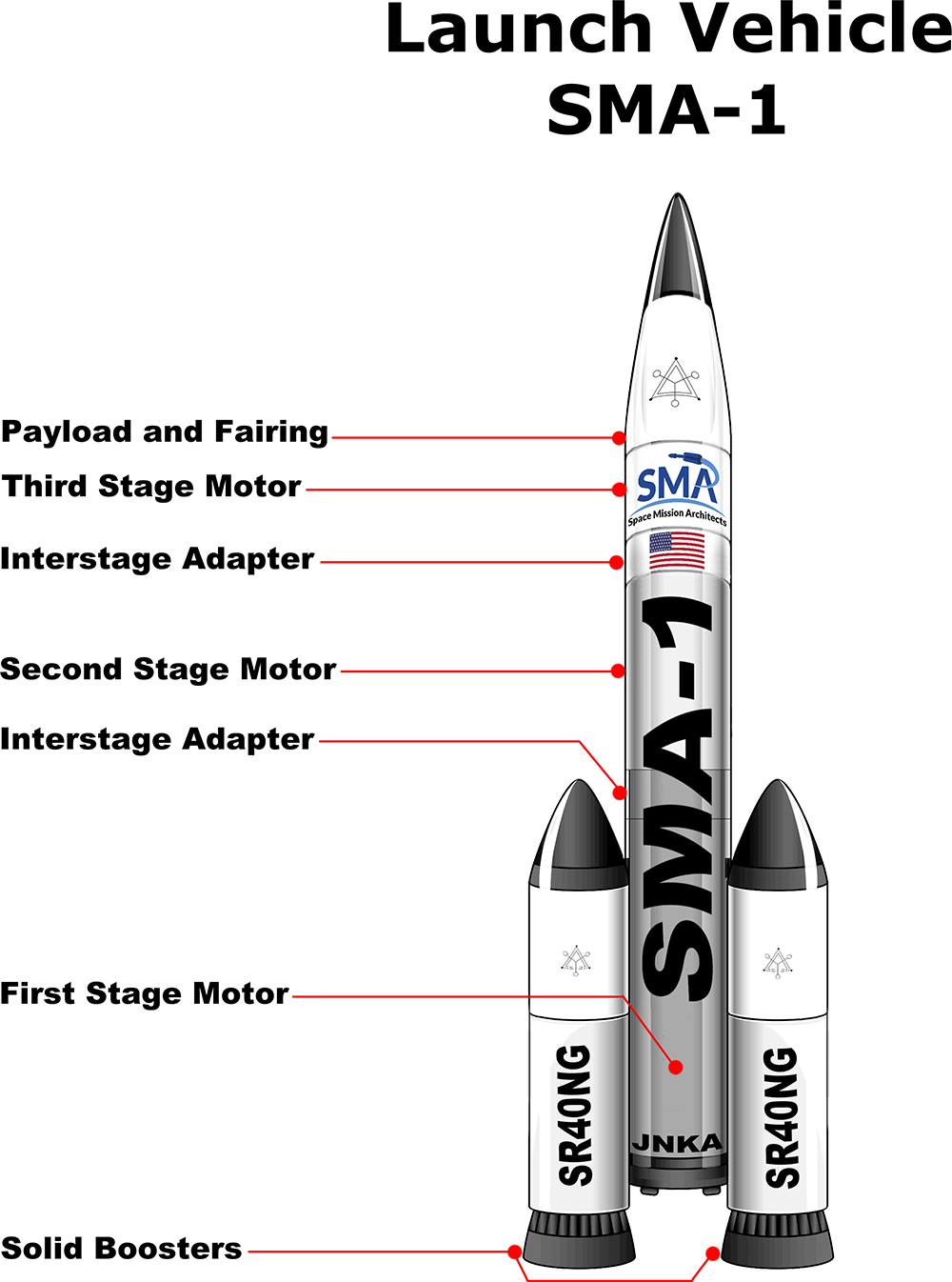